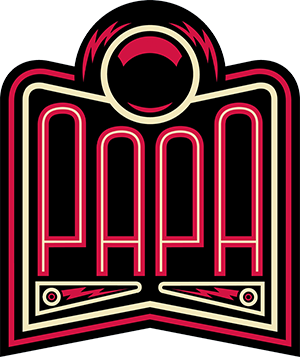 In Divisions A, B, and C, competitors will play five of the ten available machines to complete each qualifying entry. In all other divisions, competitors will play four of the eight machines available. Qualifying attempts for Divisions A, B, and C may be made any time the facility is open between Thursday morning and closing time on Saturday. All games in each entry count equally toward a player's qualifying total, meaning the system is intended to reward consistently good play, rather than a mixture of good and poor play. Therefore, it is virtually impossible for a player to buy his or her way into the final rounds.

Scores from each game in each qualifying attempt are ranked against all other players, yielding a qualifying point total. Only a player's single best multi-game qualifying total will determine his or her qualifying position for the final rounds.

Division B:  While Division B is frequently labeled as an intermediate division, this designation is relative to the rest of the PAPA World Championships. The level of skill exhibited in this division is higher than the main divisions of the vast majority of tournaments throughout the world. Players with higher than average league or tournament experience who are not yet capable of competing in the main division at the PAPA World Championships play in Division B. Please note that some restrictions will be applied to help determine who can and cannot enter Division B.

Division C:  Division C at the PAPA World Championships is designed for players with below average league or tournament experience, or anyone who does not feel confidant competing in Divisions A or B. Please note that some restrictions will be applied to help determine who can and cannot enter Division C.

Classics: PAPA offers three separate Classics events at the World Pinball Championships, featuring machines created prior to 1990. The Classics divisions function as their own self-contained daily tournaments and do not prohibit any player from also competing in any other division.

Juniors: Only players 15 years old or younger are permitted to play in Juniors. This division offers plaques to the winners and is intended to encourage younger players by providing them experience in the PAPA tournament setting. In order to ensure each player has a chance to experience the pressure of a final rounds format, all Juniors players will be entered into the final rounds.

Seniors: Only players 50 years of age or older are permitted to compete in the Seniors division.

New Divisions: We are developing criteria for creating new divisions by public demand. Our goal is to run the events and divisions players will enjoy most. More information will be coming soon.

The following restrictions are designed to discourage any player from intentionally competing beneath his or her level of skill: